To add a token to combat, first right-click or click-and-hold the token to pop up its actions menu. 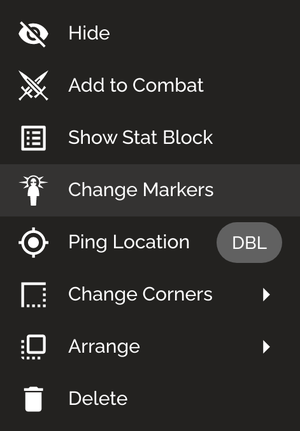 If the creature you've added to combat already has an entry under another token, a badge number will appear at its top-right corner, indicating which token it is. This change will be visible both on the Battle Map as well as the Combat Tracker.This is especially useful for quickly identifying specific tokens without resorting to pinging them on the map.

An alternative to identifying which token corresponds to which combatant is to mouse-over a combatant in the Combat Tracker. This will highlight the respective token on the map so you know which is which! This also works the other way around - you can mouse-over a token to highlight its respective combatant!

Was this article helpful?